I’d like to start off by saying a MASSIVE thank you to the Crawfords, my warmshowers hosts in Lander for taking such good care of me for two nights! When I left this morning I felt like I was saying goodbye to a favorite aunt,uncle, and cousin- and not to random strangers I met on the internet.

After Mark cooked a delicious and hearty breakfast on Sunday, sammy and her friend Ryan took me up to The Sinks, where the PopoAgie (pronounced popozha) river misteriously disappears into holes in the limestone and travels underground 1/4 mile(which takes 4hours) before re-emerging out of surface springs in a trout pool. The pictures are on my real camera, not my phone, so I can’t post them. After returning from our walk at the Sinks, we went to the Lander Pride Potluck-Picnic, which was lots of fun and totally unexpected for WY, and I ate plenty of good food.  I took a nap,went to the grocery store, Judy cooked a marvelous stir fry, and all was merry.

This morning as I rode out of Lander I had to stop for real-deal cowboys wrangling their herd across the highway. One of the horsemen couldn’t have been more than 4 or 5! 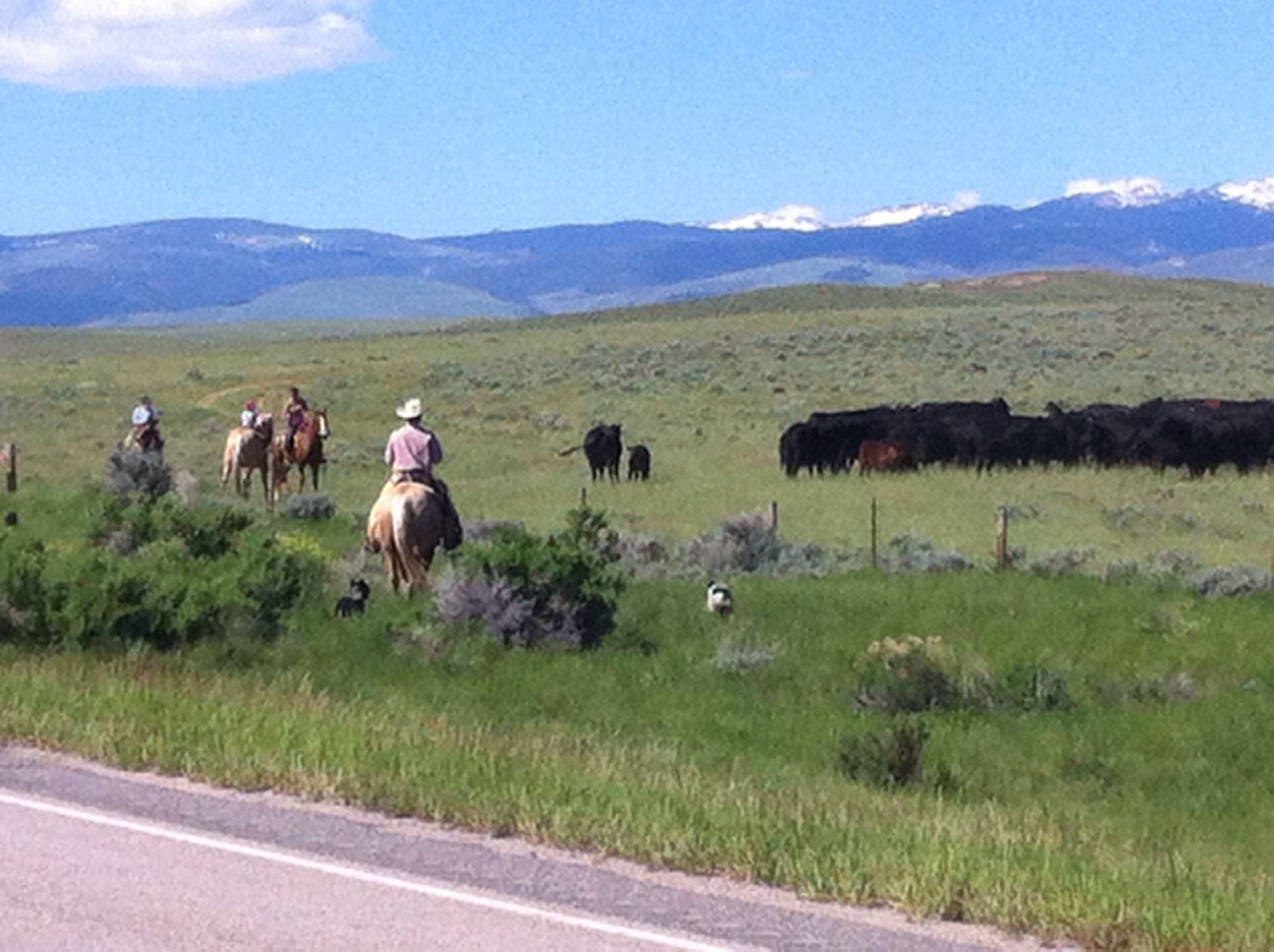 At the Crowheart store, i met up with John from Steamboat again, as well as the Dutch couple and a guy named Jim who was in the process of mailing his guitar back home to NC after carrying it this far. I rode with him and john into the headwinds to Dubois, and after discovering that there is not free camping in the town park , the three of us are sharing a KOA site. I hate paying for camping, but so be it. At least this town has ice cream! 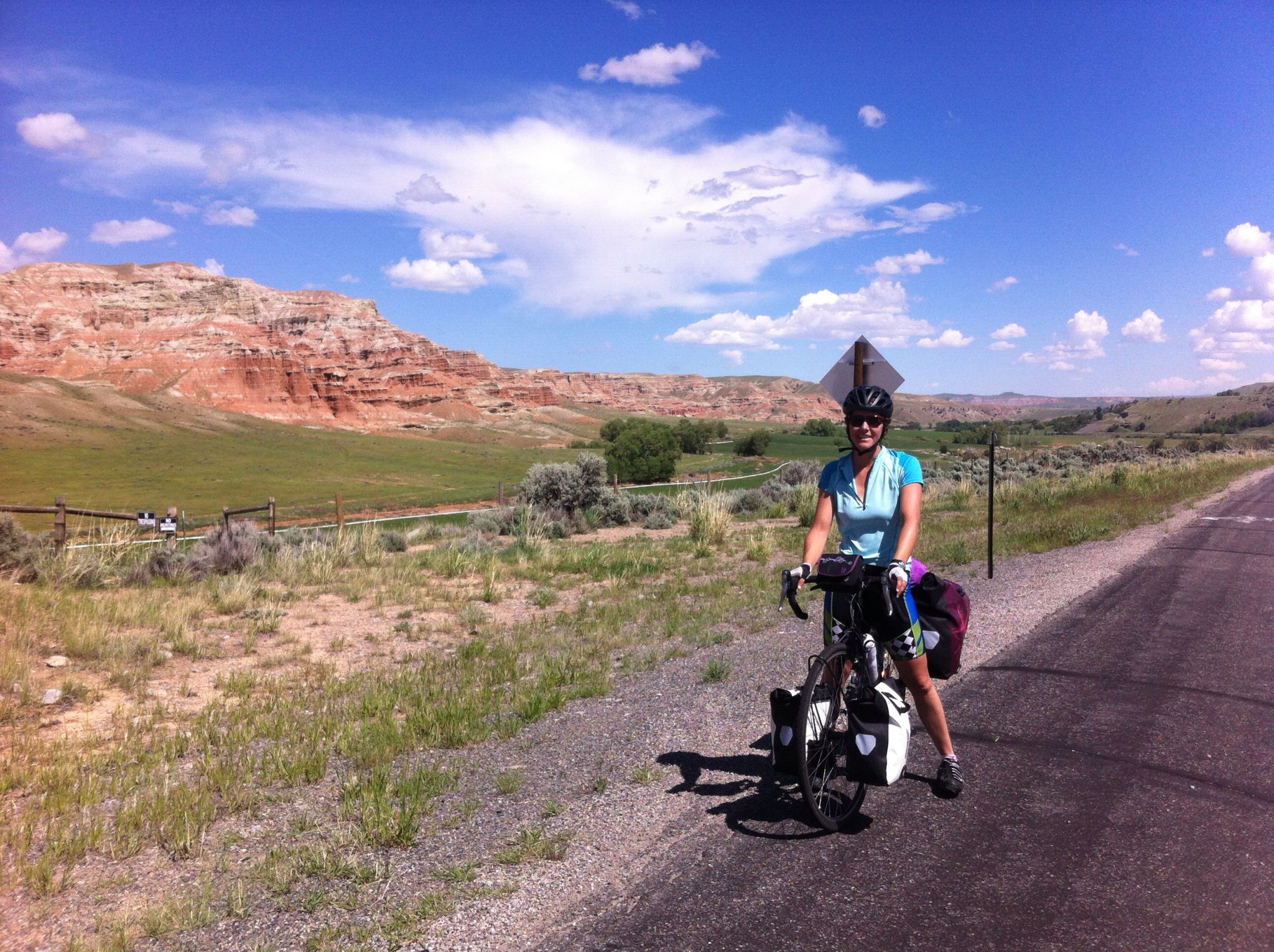 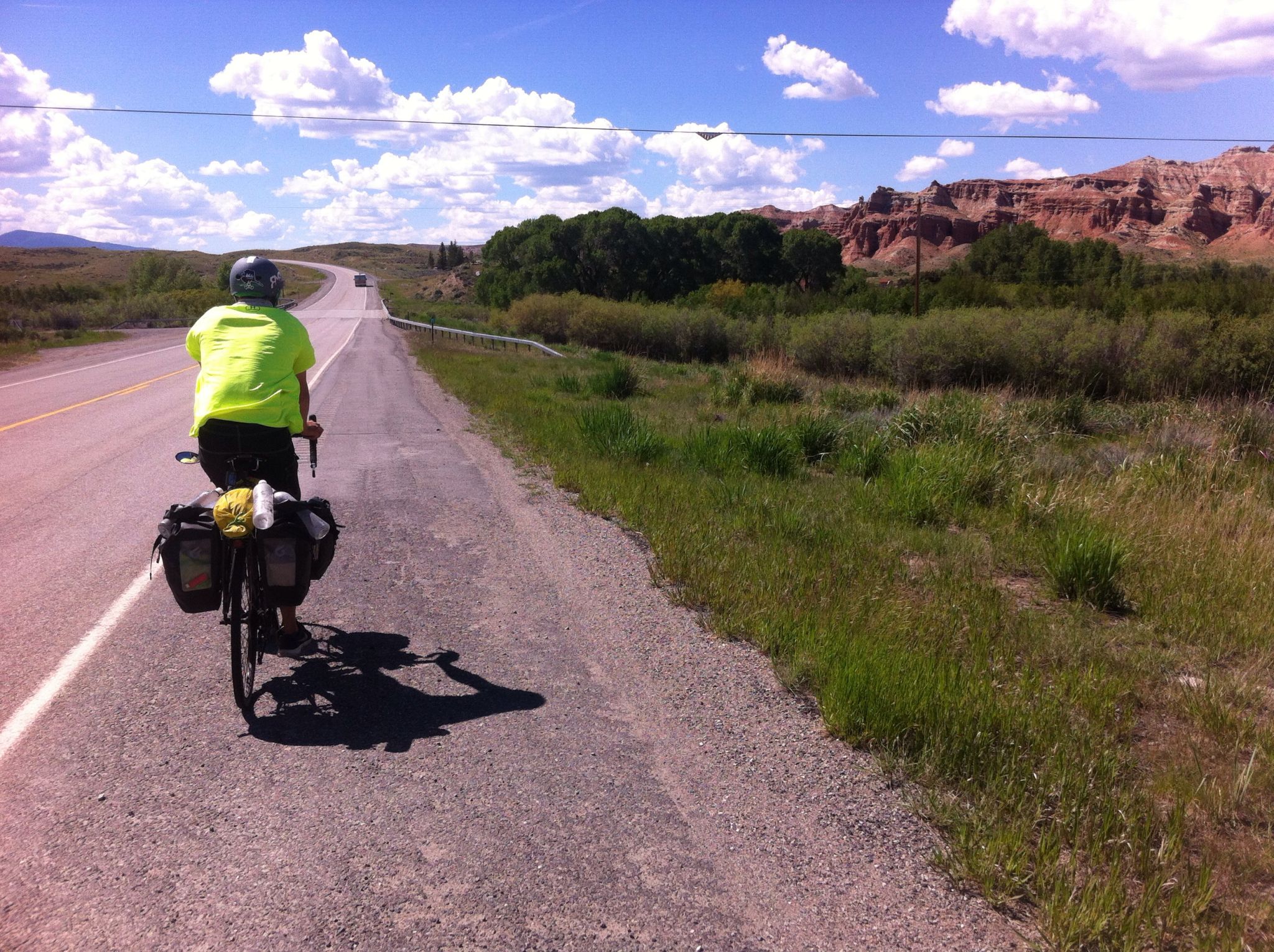