The Nepali Times just published a great article about the challenges that the Nepali bureaucracy poses to aid organizations like ours. What they describe is consistent with our experience getting aid into rural Nepal in the interval between the April 25th earthquakes and the beginning of the monsoon season in late June, detailed below. The whole article is worth reading, (link at the end of this post), but here’s the key paragraph:

For the first few days following the 25 April earthquake, everyone in the Nepal government was too shocked to get organized. The state’s preparedness was found to be wanting and there was confusion about what kind of emergency relief was needed most urgently, and where.    Ironically, those first few days without government interference meant that international help came in unhindered. Tents, medicine, food, equipment could all be brought in without hassles at customs. It has not been the same since the government started issuing new directives and making rules. - Bureaucracy as usual | Nation | Nepali Times

While we were able to procure an initial shipment of several tons of food, tents, 32 tarps, and other assorted materials into Darkha in the immediate aftermath of the earthquake, the villagers let us know that they urgently needed more shelter. Due to the enormous demand for these sorts of materials throughout the country in the aftermath of the earthquakes and aftershocks, we had to look across the border to India to procure a second shipment. 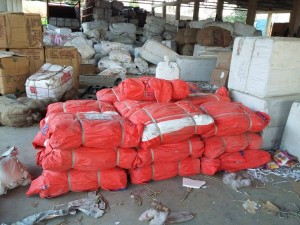 The tarps that we ordered for the villagers were manufactured and packaged for delivery with only a few relatively minor delays, but shipment was delayed repeatedly, caught-up in just the sort of red-tape that the article describes. Dozens of emails, letters, and phone calls later (including two trips to the Nepali embassy in Delhi by two kind souls), Anne was able to get the tarps across the border and into the hands of Nepali customs.

It was a huge victory, albeit a short lived one. There the tarps sat, caught in yet another web of bureaucracy that almost defies description.

Our Nepal Project Coordinator Gopal had to make a long and difficult journey to the border– leaving his family and his destroyed home for far too long– to travel to where the supplies were being physically held. Miraculously, he was able to secure the tarps. (We’d love to tell that story someday; we’re so grateful to have Gopal on our team!) The tarps were finally on their way to people who so desperately needed them. 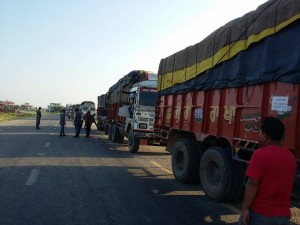 With tarps in hand, Gopal travelled by jeep in a Save the Children convoy of trucks under Army escort to Kathmandu, where they went to a central government facility. He managed to persuade the Powers That Be to release them, and  heroically shepherded them as far as Dhading, where they were quickly appropriated for eventual distribution by a Dhading District Officer. The monsoons started around three weeks ago, and while all indications are that these additional tarps were bound for villagers in need, getting information about how they have been be put to use has been a real challenge!

Prior to the arrival of the monsoon rains, your donations made it possible for us to supply over three tons of rice, 100 tents, and tarps for the residents of rural Nepal, but it hasn’t been easy.  We’ve got a fantastic team at the Colorado Nepal Alliance, and we’re ready to move heaven and earth to get things done. If you’ll take the time to read the article linked below, you’ll have a good idea of why getting things done quickly has been one of the most challenging things we’ve ever accomplished.

In parallel to the efforts described above, donors from the UK and Canada have supplied sheets of corrugated tin to provide more durable temporary shelters that can be reused later for rebuilding. We expect that some of those materials will become temporary, ad-hoc schools so that the children of the area can continue their education during the monsoon season. In the near future, we’ll be announcing big plans to help rebuild permanent schools this fall, after the monsoon rains recede.

If you’re not already doing so, you can follow us on Facebook and twitter for more timely updates. And, as always, we appreciate your financial support. We’re (still) an all volunteer organization, and your donations make the work we do possible. Thank you so much for your support! 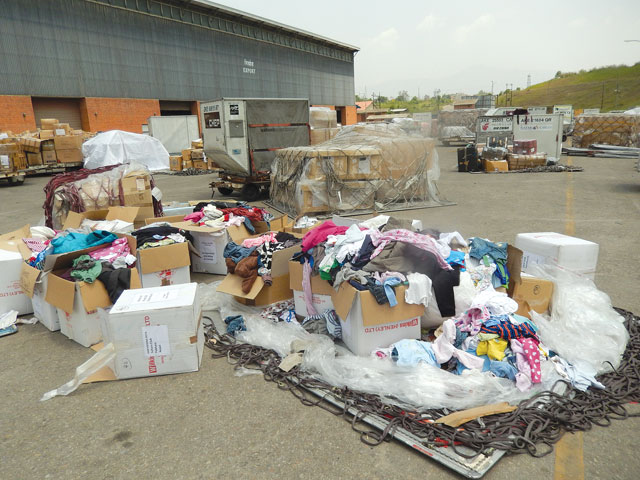