The ride out of Jasper was gorgeous and felt like it was all down hill, so I was surprised when I reached the top of Yellowhead Pass, crossing the continental divide and into BC. Either Yellowhead Pass is an enigma, or my legs are finally so strong they can’t tell up from down. 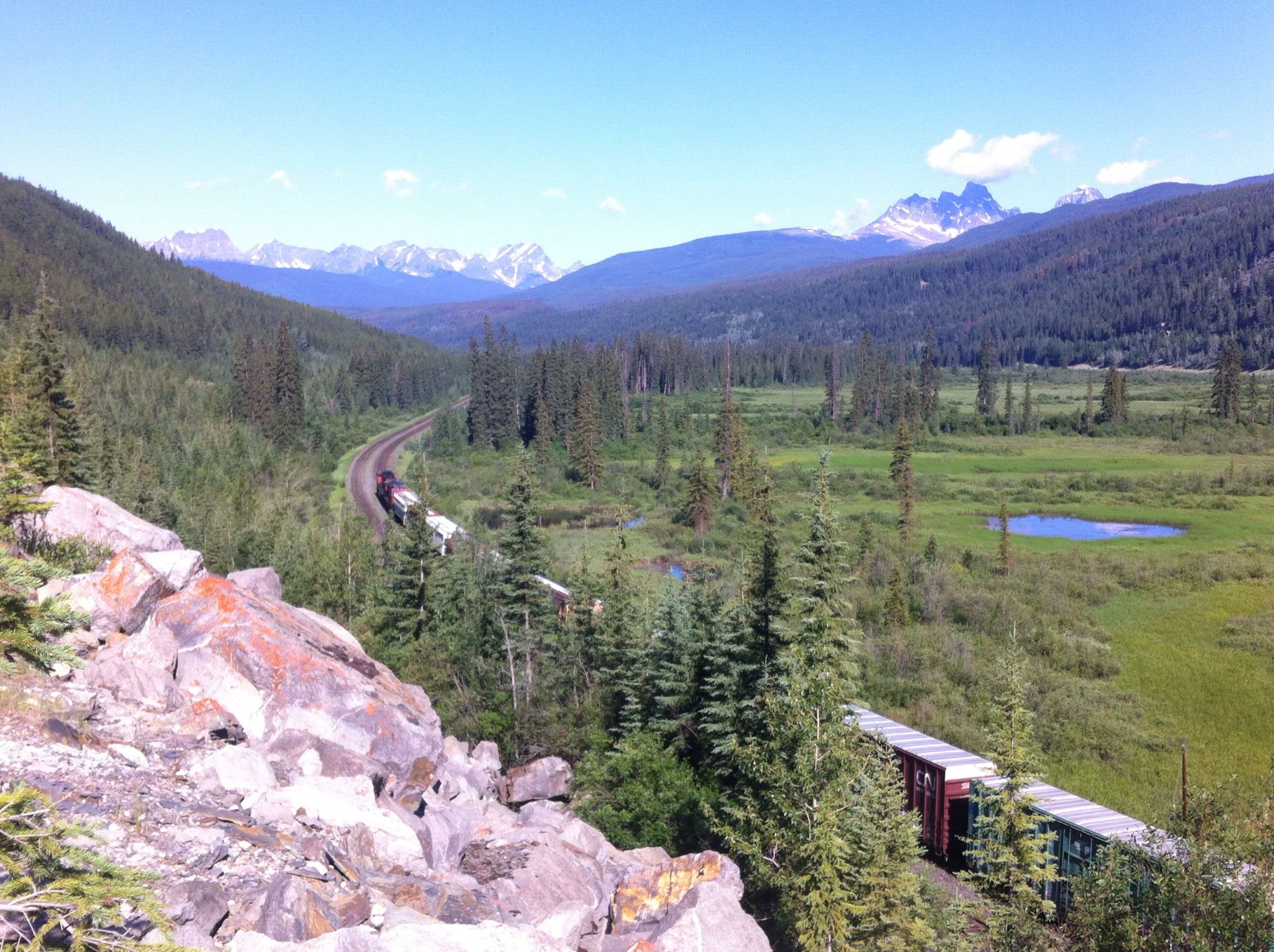 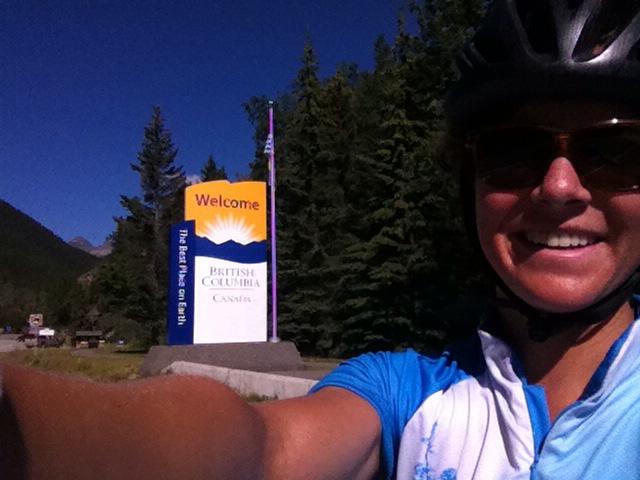 They can, however, tell headwind from tailwind, and though it was definitely downhill from the not-pass to Mt Robson, it was certainly up-wind. My ride was uneventful and beautiful until I got to the visitors center and got a message from one of my favorite high school teachers, Lucho Davidov, who now lives near Vancouver, that he was approaching Jasper on his own bike tour (supported, with friends) and would be at Mt Robson tomorrow night. I put on the brakes and changed plans: instead of riding another 15-20 miles, I decided to hole up here, go for a hike Friday morning, and get to hang out with the person who got me into cycle touring in the first place! The beauty of having no set end date is that I can do things like that. I haven’t been putting down a lot of miles in the past two weeks and I want to get back into the distance rhythm, but at the same time this trip is about the people and places in the middle. If I wanted to just get to Alaska, it would have been faster and cheaper to fly. 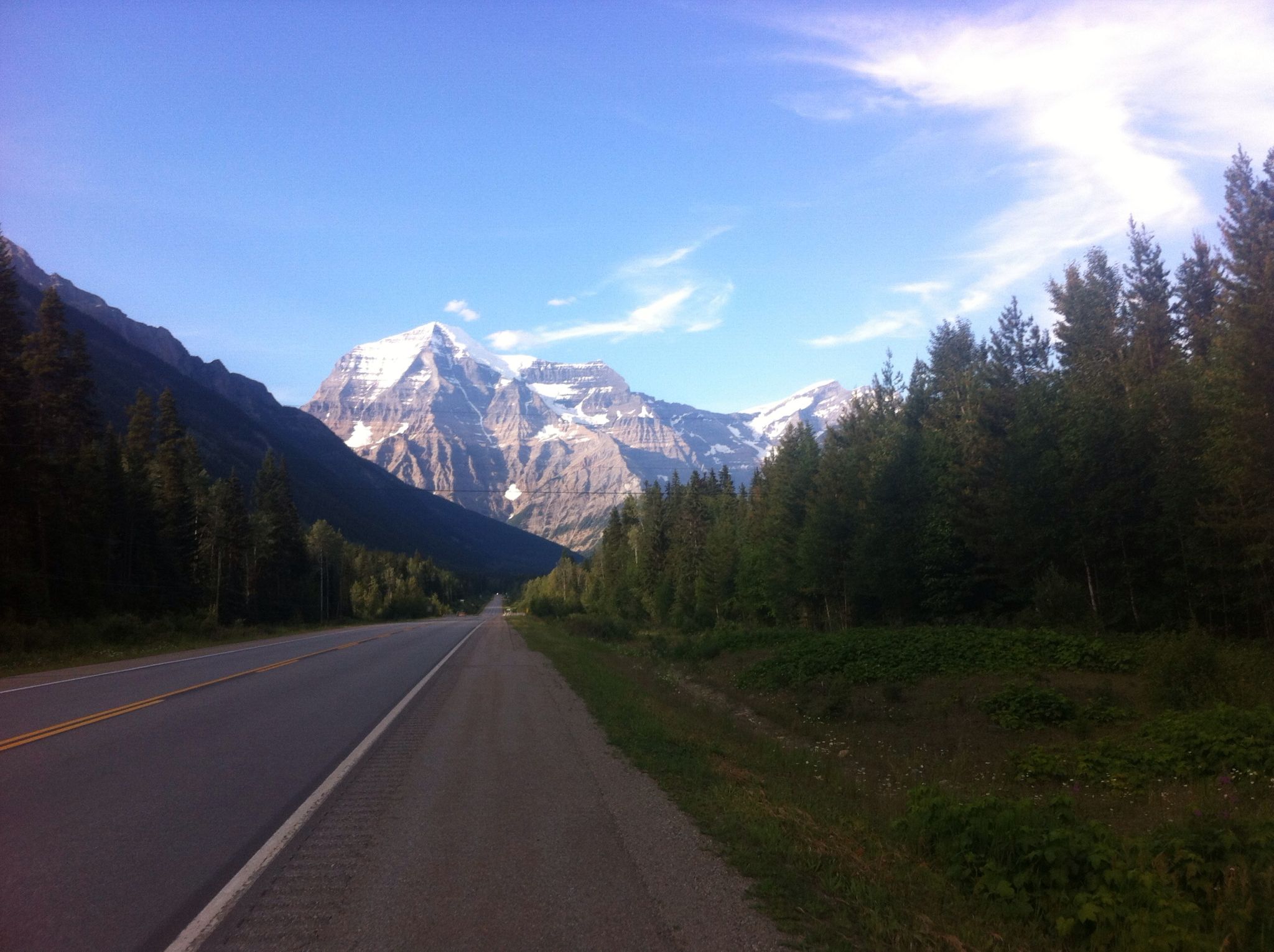 After an ice cream cone and a chat with Trevor the cycle tourist from Prince George, I rode a couple miles out of the provincial park in search of free camping. After some difficulties with no-camping signs, a lack of flat tentsites, excessive  Mosquitos, and huge frustration trying to hang a bear bag (couldn’t throw the stick with rope high enough, and when I finally got it, the branch snapped) I gave up and rode back to the park campground to play share-a-site. The lucky winners were Kent and Connie, retirees from Illinois on their way to Alaska. Kent talked my ear off, and I escaped to shower (perk of overpriced campgrounds) and bed at a reasonable hour.

I slept in, took my sweet time packing up camp, and then left my bike at the visitors center while I headed off on a morning hike to Kinney Lake. The trail was mostly in the trees and I forget to take pictures when there aren’t big mountains reflected in pristine alpine lakes to remind me.

I returned from my hike and hung out at the visitors center until Lucho and his crew arrived, and relaxed with them at camp and by the river all afternoon. 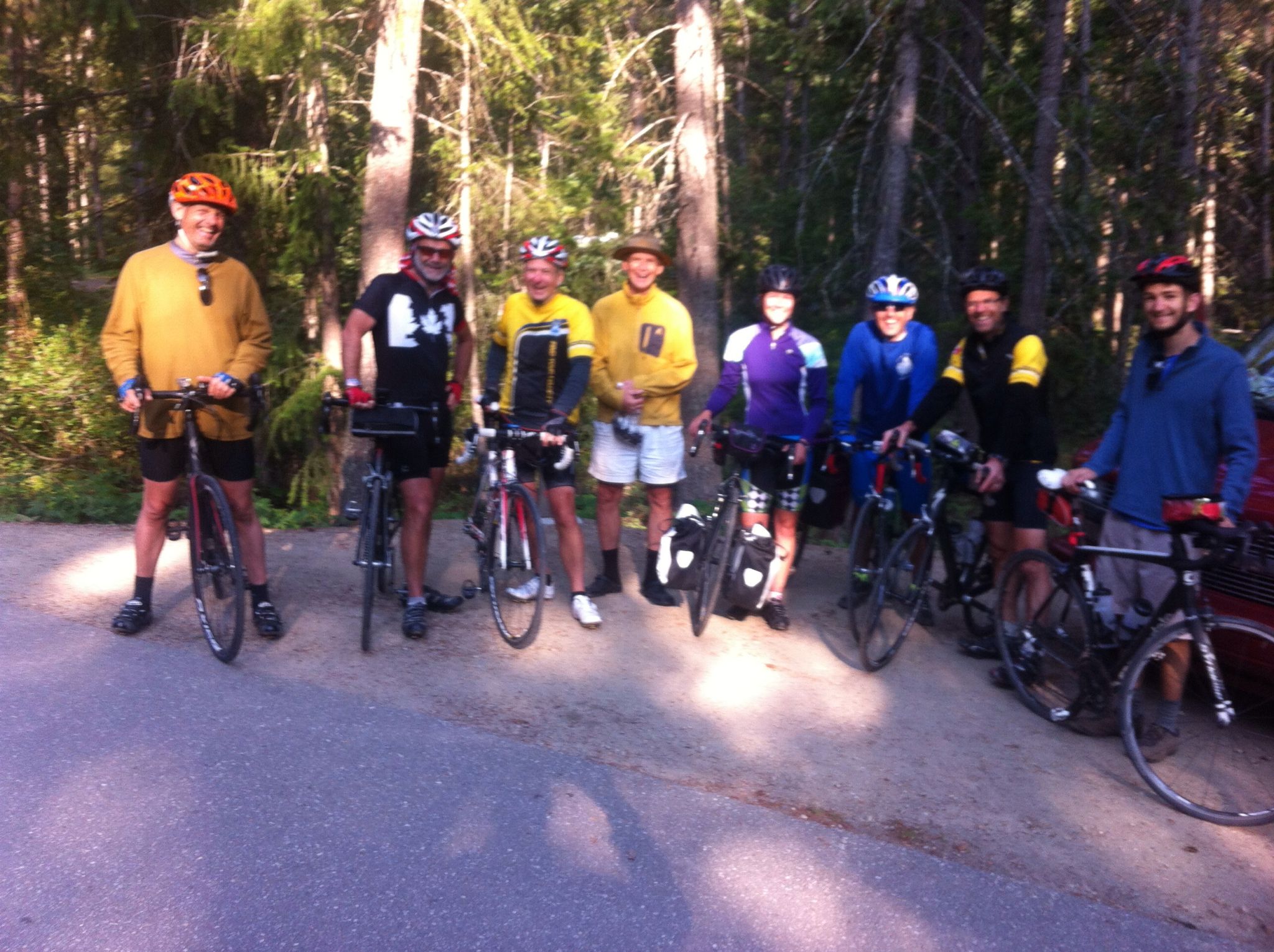 Activities included eating, napping, and eating some more. Kudos to their support guy, Hugh Jr, who concocted an amazing vegan curry dish with rice and naan for dinner. 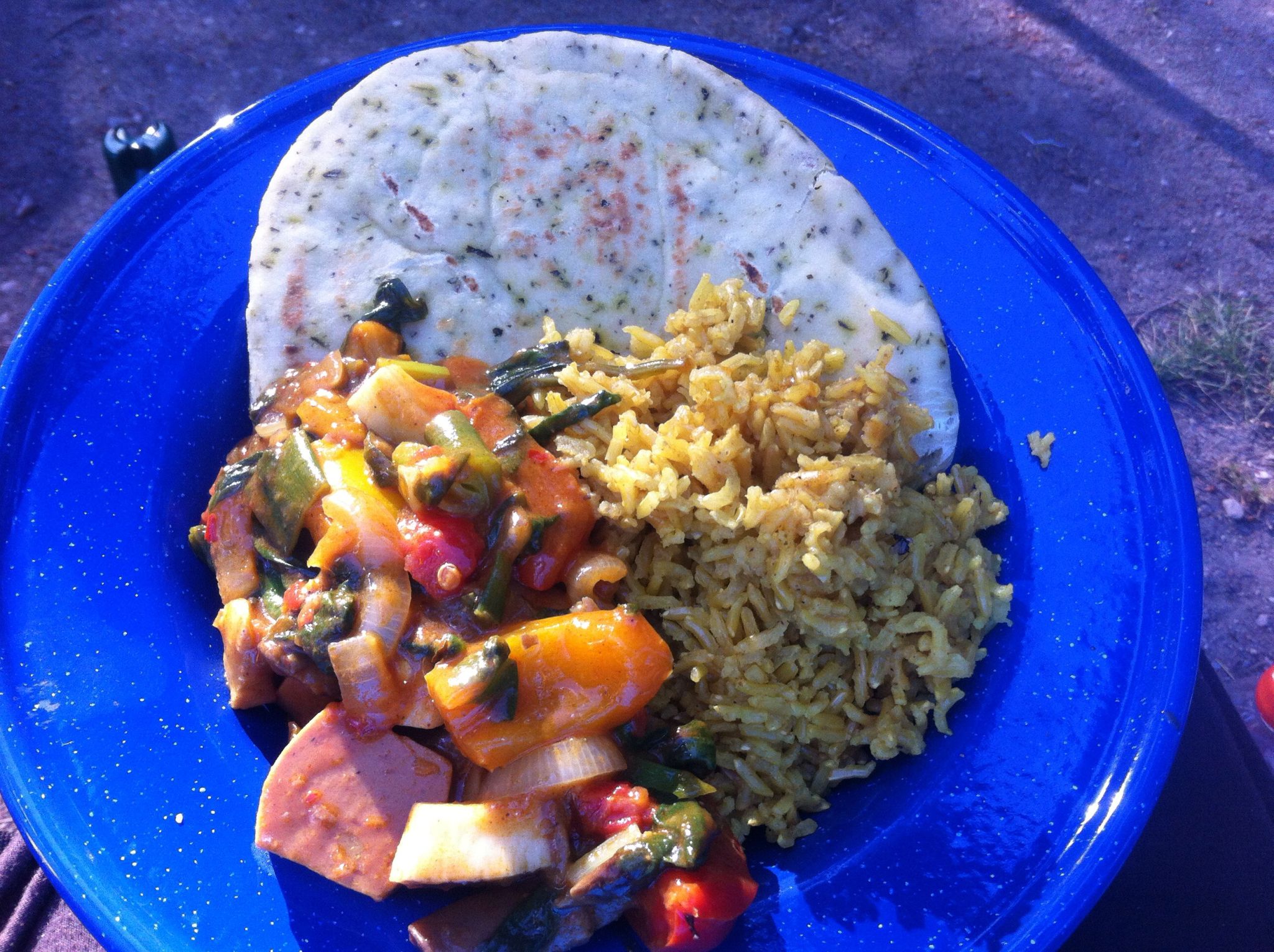 My stomach hasn’t felt this overstuffed since Lander!