Today was hard. After saying goodbye to Mr. Davidov and riding off in opposite directions, I was a bit overcome by loneliness. 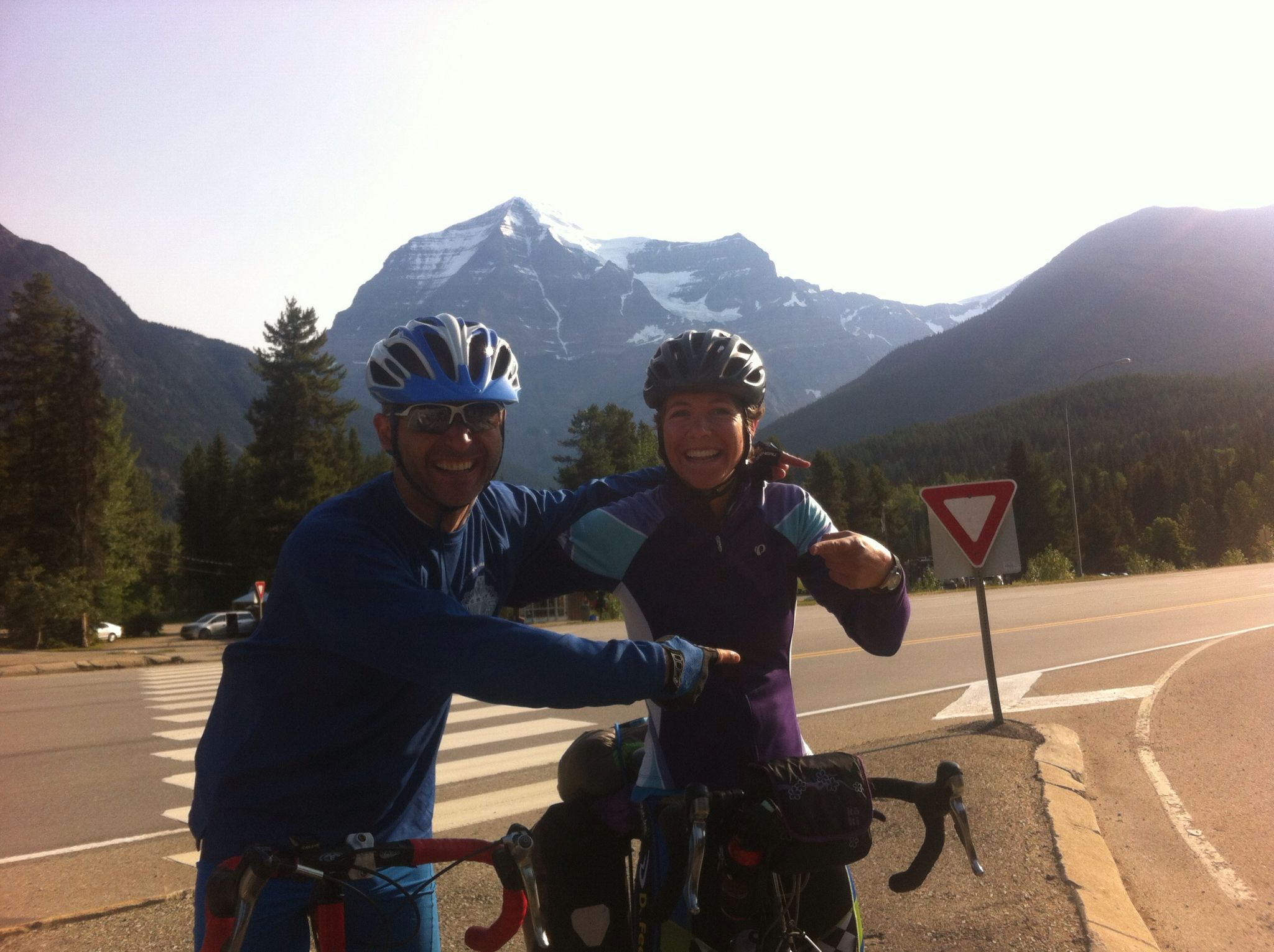 I’m now just over half way in to my trip, which means I’m completely off-sync of all the logistics planning I did in May. I knew today’s route in terms of “go down the road and stay left onto 16 and follow that for a few hundred more miles” but knew nothing about elevation profiles, camping options, etc. I was completely demoralized when I reached Tete Jaune Cache (named after a blond fur trapper) and a MASSIVE headwind hit me in the face. I wanted to give up, but it’s harder to work out the logistics of quitting than it is to keep going.

The valley following the Fraser River is much like the Bitterroot Valley in MT, but with fewer people. Low alpine mountains (not nearly as dramatic as the last few days) meet with high mountain ranching — the valley floor is a scattering of cows and hay between sections of forest and river: exceptionally pleasant and pretty. 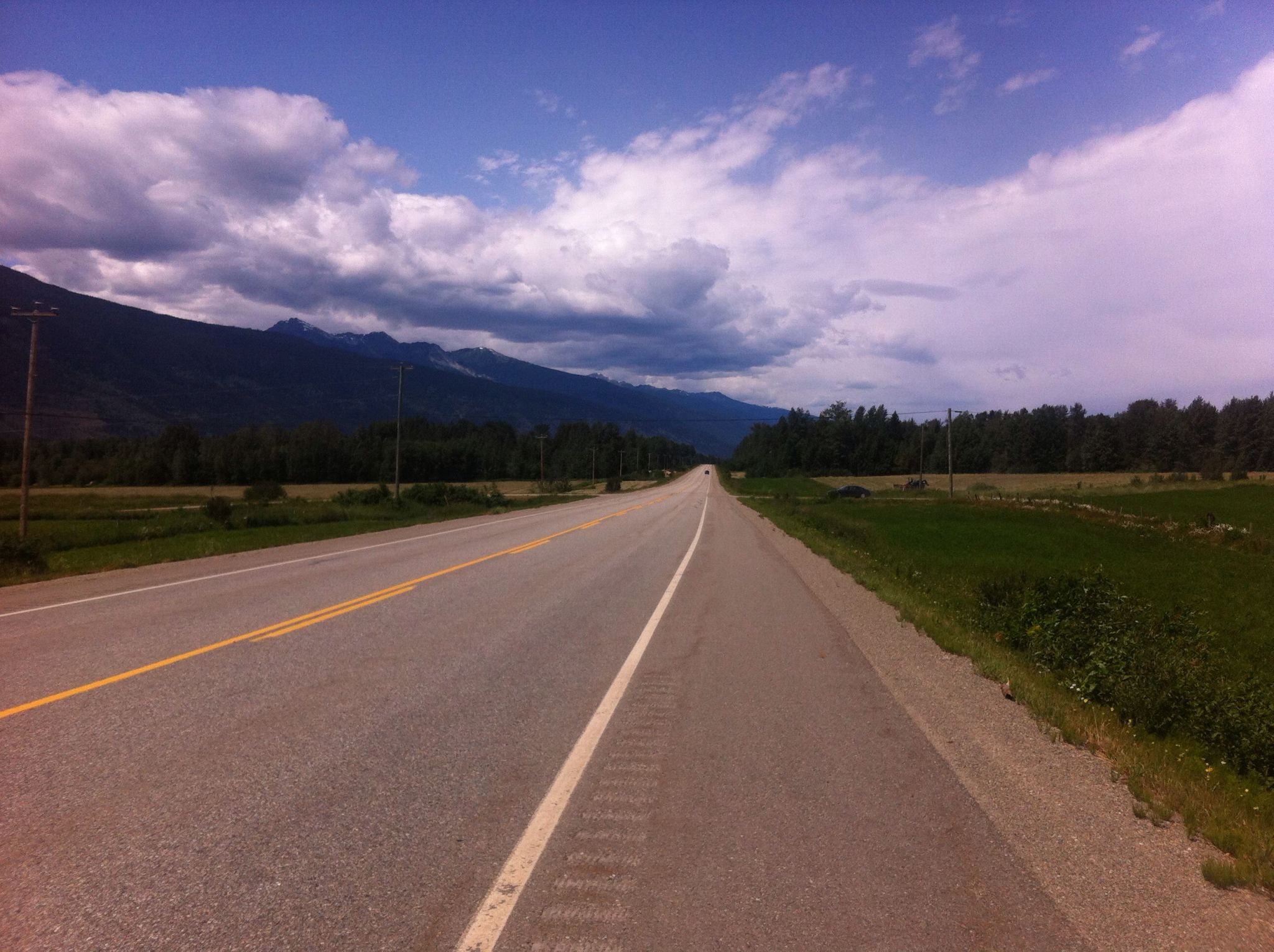 The headwind did not let up. A local on a road bike slowed to let me draft off him for a few minutes before passing me, which was much appreciated. He told me to stop at the farmers market in Dunster, so I did. 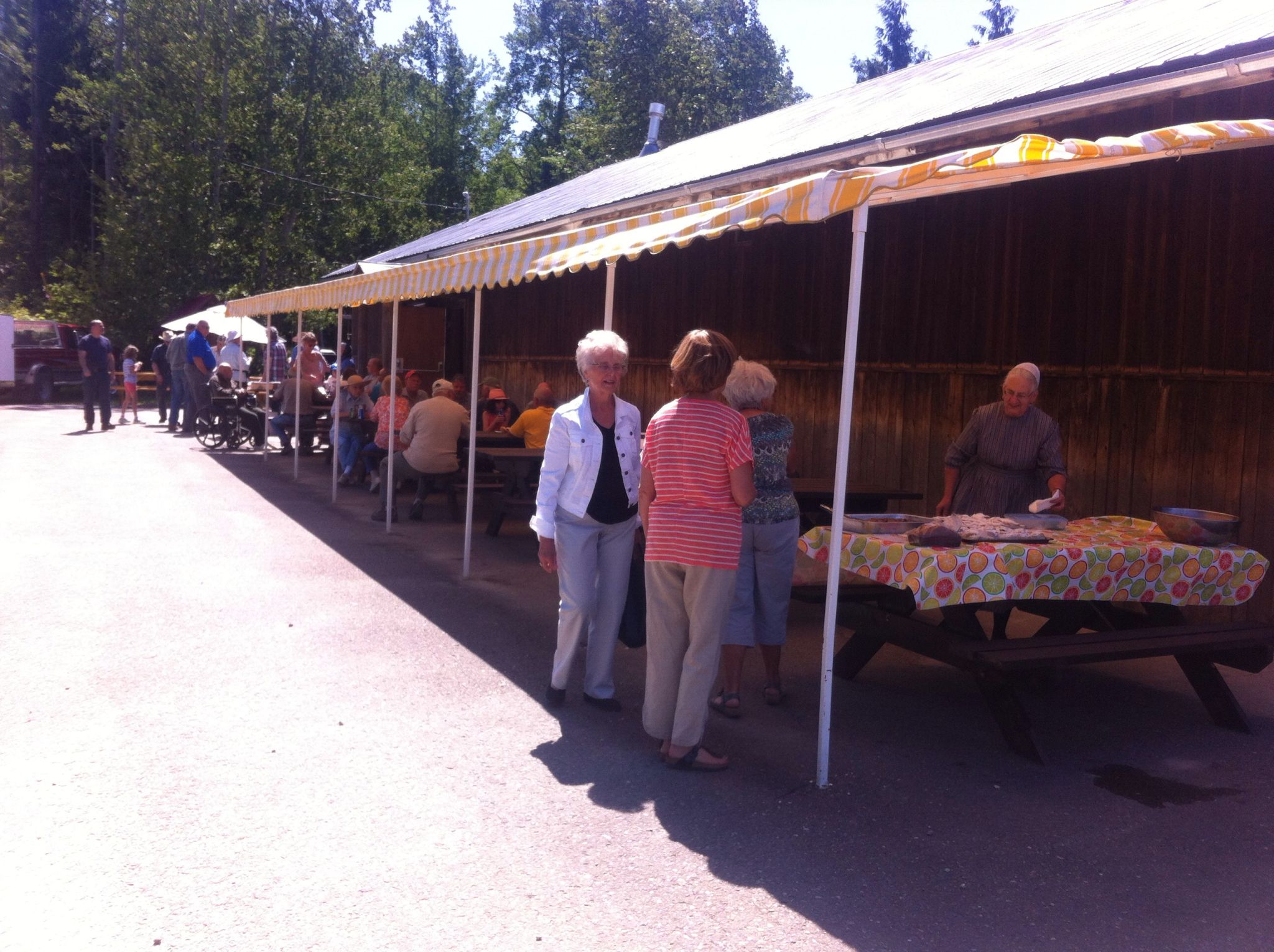 It was an awesome little community gathering and I treated myself to a locally raised grass fed $5CAD 4th of July hamburger, but missed out on the cinnamon rolls made by the Mennonite nuns because I decided to get my burger first, and they ran out. It was such a tragedy and I would forever miss those calories… Until I stopped at the grocery store in McBride and scored some just-price-reduced pastries from their bakery. 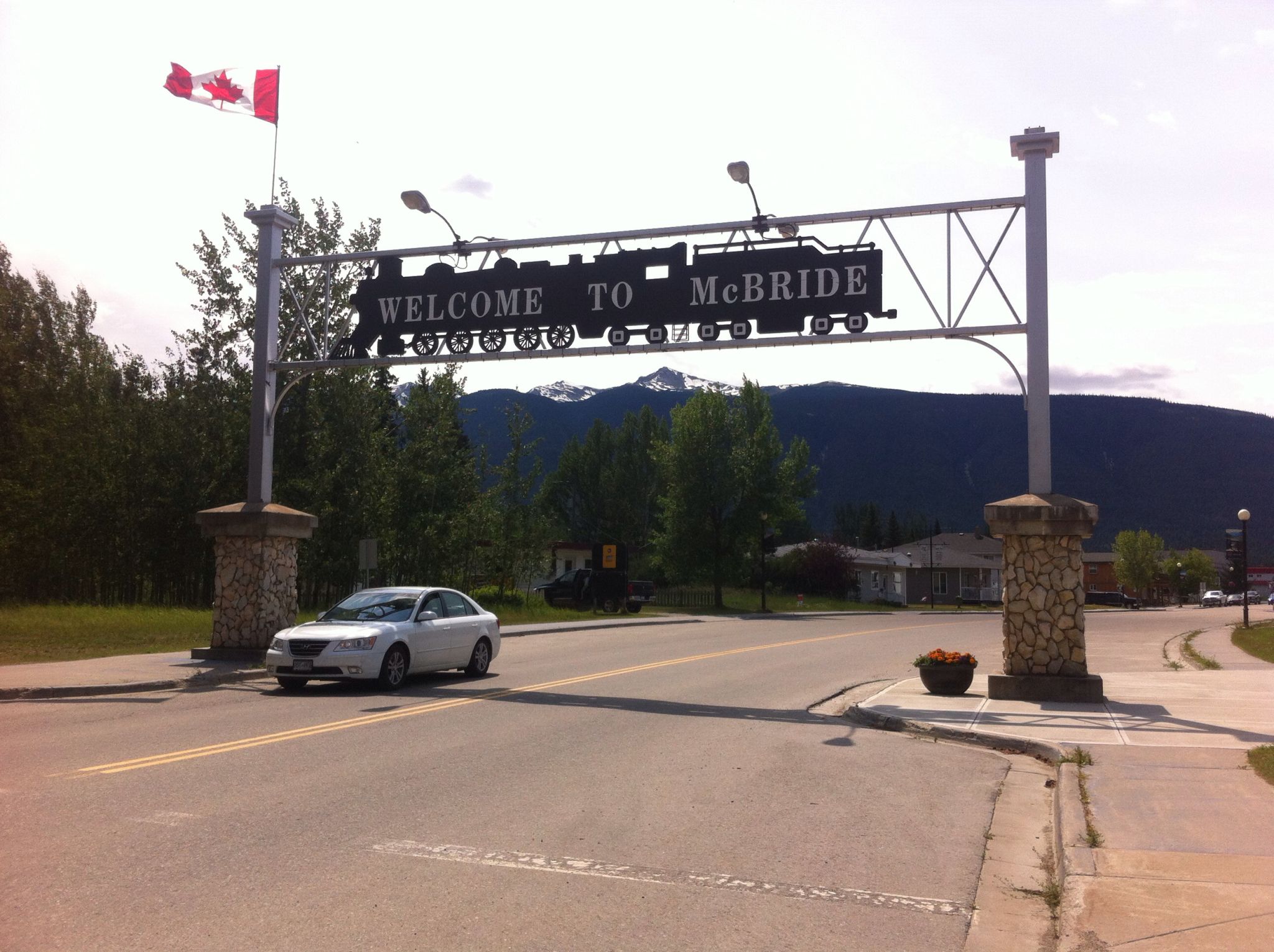 I was disheartened again by the lady at the visitors center who informed me it was fifty km to the free campground at La Salle Lakes, not the fifteen I misheard from a person in Dunster(I blame Canadian accents!) As far as setting me up for the next few days, LaSalle was the place to get to, so i pressed on into the wind. Not Even listening to Journey could make the miles melt away, nor did the usual tricks of bribing myself with 5 minute breaks, Oreos, etc every 5 miles didn’t work.

By the time I reached the lake I was DONE. My muscles hurt, my joints hurt, my ass hurts… I met John from Missoula at the campground. He is also riding to AK.

We decided to share our dinners – John had a box of mac’n’cheese and I a can of baked beans (a 4th of July craving carried only 30mi from McBride), and for the sake of a balanced diet it made much more sense to both of us to share.

The over talkative woman in the RV next to us let us store our food in her pickup, avoiding the need to bear bag. Camping with other people does have it’s perks, much as some would belittle it.

John and I left camp together in a swarm of Mosquitos and walked our bikes up the big hill back to the highway. Within a few minutes he was far ahead of me. My body was not performing well – I felt weak and shaky and almost fell asleep twice before I stopped 45 minutes in for more breakfast. I’m learning that instant oatmeal (even 3 packets supplemented with fruit and nuts) does not sustain me and just makes me hungrier.

As I was riding, a moose and I startled each other. She took off crashing through the brush before I even had my hand on my camera.

John and I met up again at the Ancient Forest, a boardwalk trail through a unique inland temperate rainforest (most being coastal) with old-growth cedars. It was quite pretty. 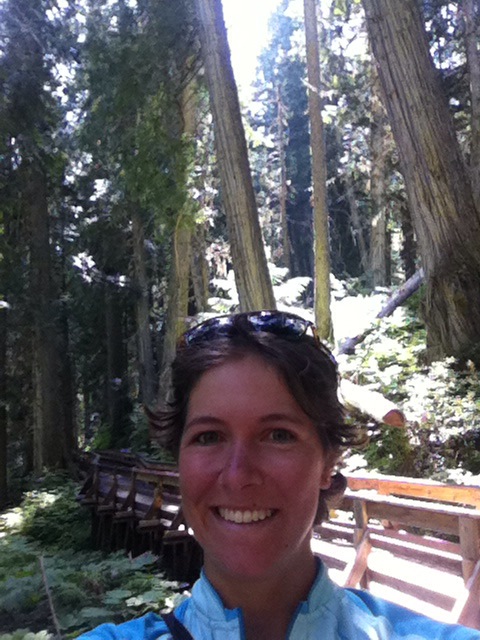 We rode more or less together the rest of the afternoon (with the only campground between LaSalle and Prince George as our common destination. 4km short of the provincial park, there was a roadside cafe with ice cream!

We arrived, set up tents, and walked down to the lake for a quick bath, relaxed around camp, and actually went to bed by 8:30!